Clean water, good fishing, and outdoor watersports depend upon healthy rivers and wetlands.  How can we protect our rivers and wetlands? We can start by managing stormwater.  Stormwater is the water not absorbed into the ground during and after rain storms, which then flows over the land into nearby waters.  Stormwater runs off from the streets, buildings, and lawns, and drains into the wetlands through culverts and natural waterways. 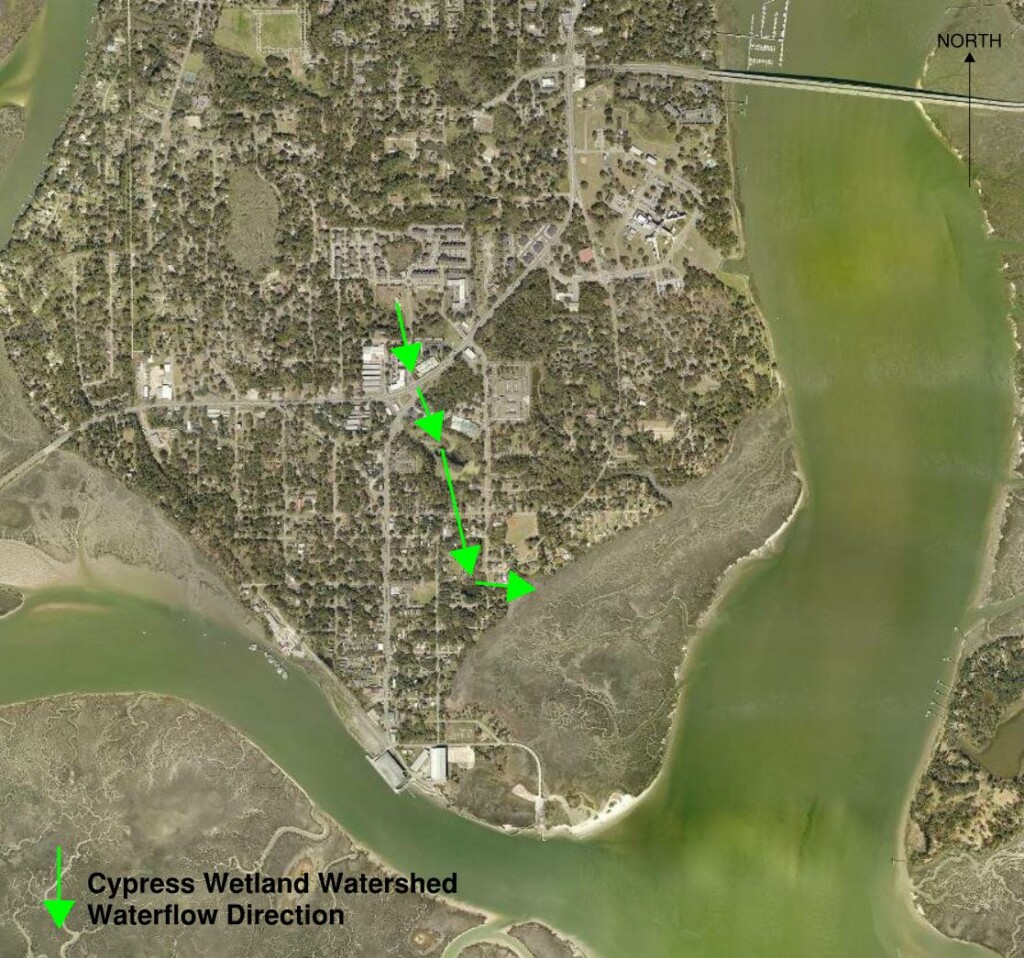 In this watershed, the water flows from north to south through a series of wetlands, ponds, and culverts to the Beaufort River and into Port Royal Sound.  To restore the watershed, the Town of Port Royal installed pipes to connect wetlands that had been isolated by road construction, allowing more natural drainage conditions. To help nature improve the flood control and water quality functions of the wetlands, flashboards control water levels at each pond’s inlet and outlet.

The series of wetlands provide natural stormwater capture, retention, and treatment over the days that it takes the water to flow through the system.  This improves the quality of the water that drains to the river and Port Royal Sound by trapping pollution, sediments, and excess nutrients.  In turn, the habitats, fish and wildlife, shellfish beds, and ecosystems downstream also benefit.

Pollutants Removed in the Cypress Wetlands? 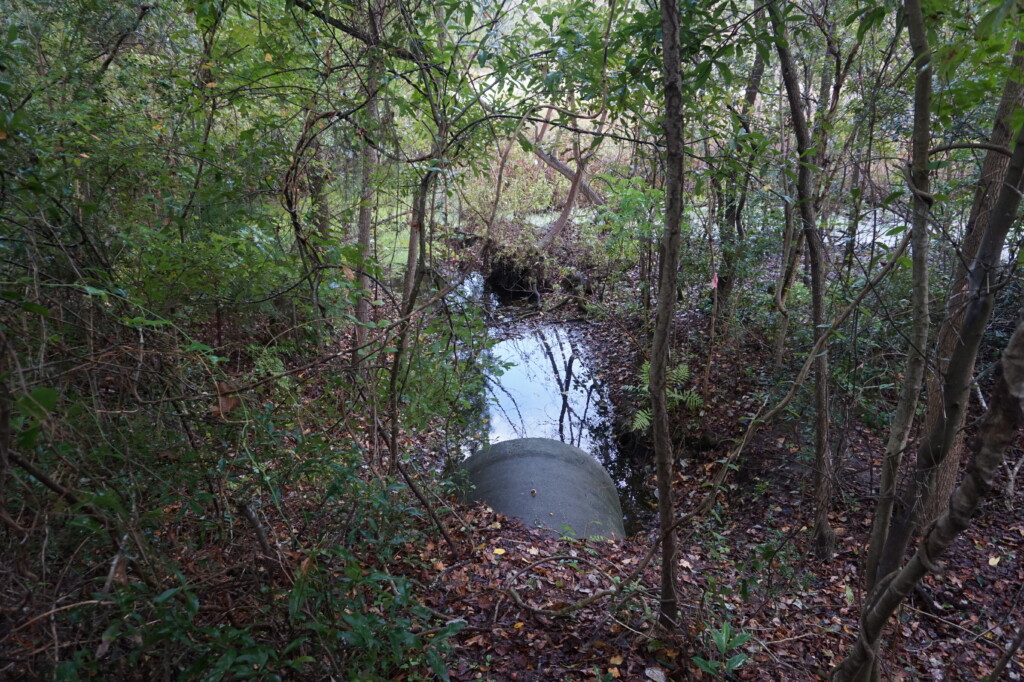 Other Pollutants and Sources 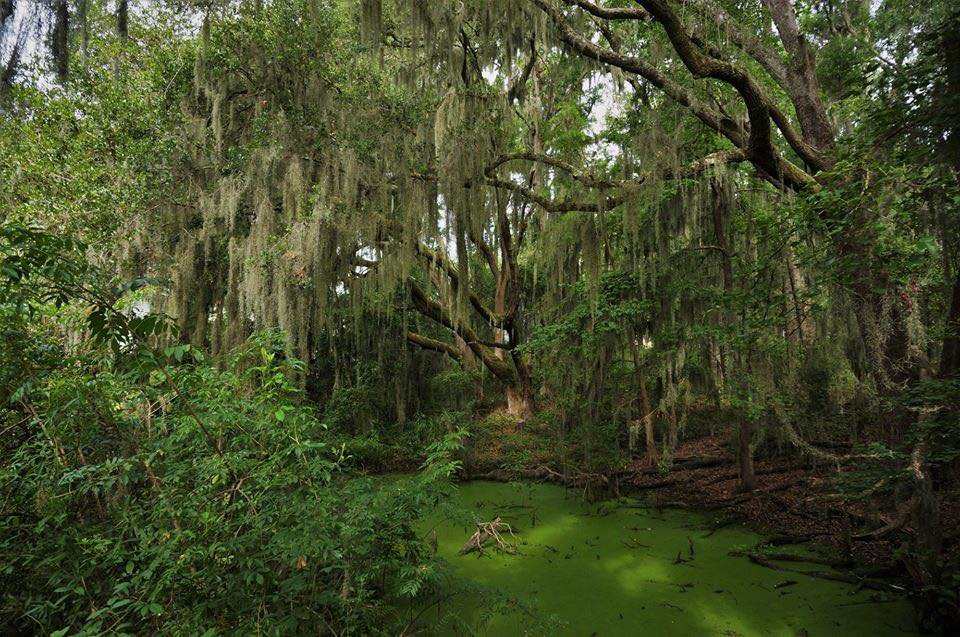 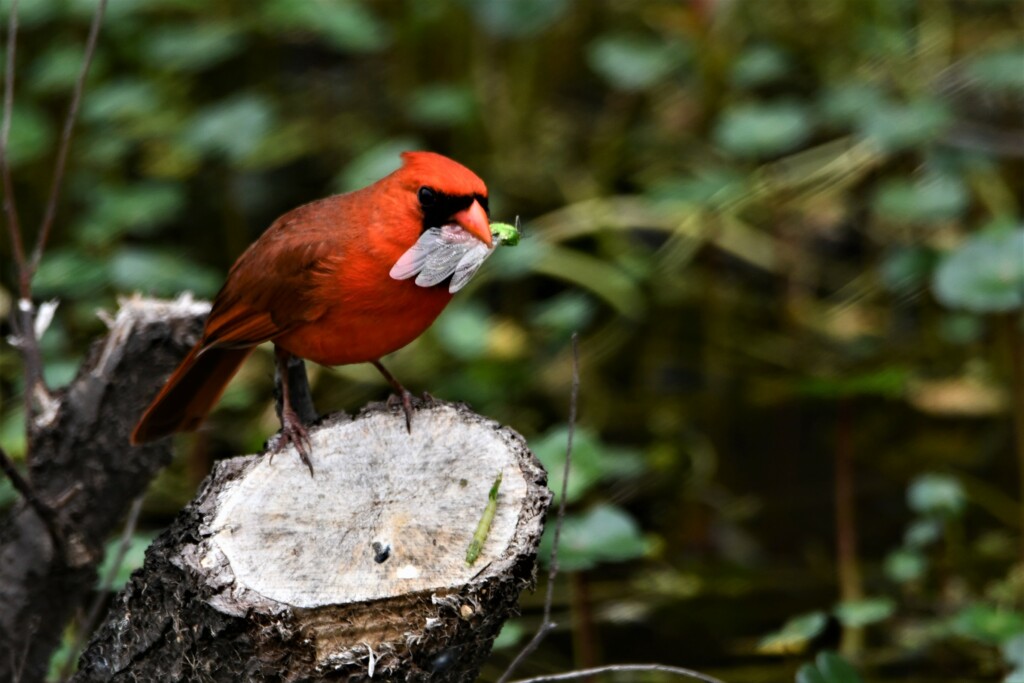 Depending on the day you’re strolling past the Duck Blind you may see one of the aeration systems active.  Did you know these aerators are there for more than just aesthetic purposes?  The aerators agitate and mix the water to help in the following ways… 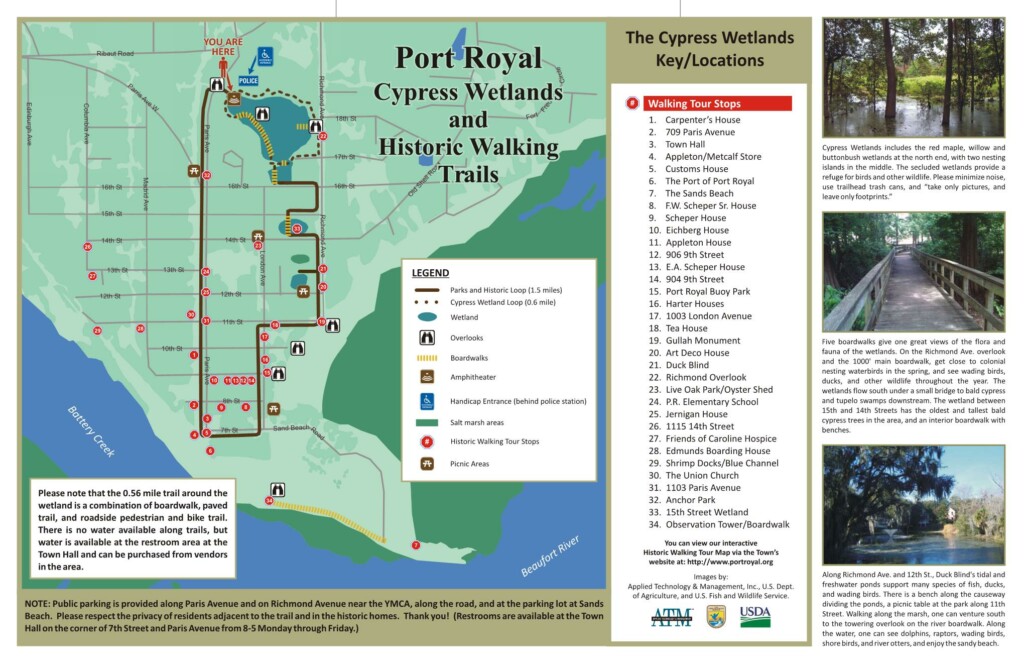 System Palustrine (P) : The Palustrine System includes all nontidal wetlands dominated by trees, shrubs, persistent emergents, emergent mosses or lichens, and all such wetlands that occur in tidal areas where salinity due to ocean-derived salts is below 0.5 ppt. It also includes wetlands lacking such vegetation, but with all of the following four characteristics: (1) area less than 8 ha (20 acres); (2) active wave-formed or bedrock shoreline features lacking; (3) water depth in the deepest part of basin less than 2.5 m (8.2 ft) at low water; and (4) salinity due to ocean-derived salts less than 0.5 ppt.

Class Forested (FO) : Characterized by woody vegetation that is 6 m tall or taller.

Class Emergent (EM) : Characterized by erect, rooted, herbaceous hydrophytes, excluding mosses and lichens. This vegetation is present for most of the growing season in most years. These wetlands are usually dominated by perennial plants.

Split Class Scrub-Shrub (SS) : Includes areas dominated by woody vegetation less than 6 m (20 feet) tall. The species include true shrubs, young trees (saplings), and trees or shrubs that are small or stunted because of environmental conditions.

Subclass Persistent (1) : Dominated by species that normally remain standing at least until the beginning of the next growing season. This subclass is found only in the Estuarine and Palustrine systems.

Water Regime Seasonally Flooded (C) : Surface water is present for extended periods especially early in the growing season, but is absent by the end of the growing season in most years. The water table after flooding ceases is variable, extending from saturated to the surface to a water table well below the ground surface.

Water Regime Semipermanently Flooded (F) : Surface water persists throughout the growing season in most years. When surface water is absent, the water table is usually at or very near the land surface.